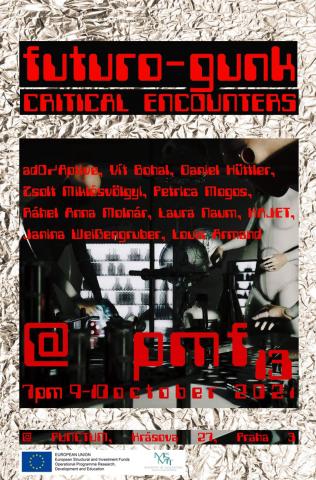 FuturoGunk: Struggling for Futures in the CEE

Futurism has always threatened a collusive relationship with the ideology and language of power. Only recently has this aesthetic-political vanguard become potentially emancipated in favor of becoming an open-sourced suffix, a part-object which has reached escape velocity from its previous drive to domination. OR HAS IT?

Since the framing of the retrospective Afrofuturism in 1993, futurism has become tenuously untethered from its complicity with white nation building and class dominance, and has rather become an aesthetic and philosophical frame which lends itself for the purposes of critique, detournement, irony and revision aimed at the language of power – Afrofuturism, Gulf futurism, Sinofuturism, Hungarofuturism, Romafuturism, Ethnofuturisms…

The panel discussion will aim to question what this shift harbors for the diverse region of the CEE. Where does a speculative agon for the future become integrated within an ideological framework aimed at mobilizing a wider and distributed sense of social agency? Where to position contemporary futurism at a time when, in the words of the post-New Left, “the future has been cancelled.” And if we consider hyperstition “the science of self-fulfilling prophecies,” what might we consider the “the art of self-fulfilling prophecies”?